Solution home How do I... ? Manage My Data

How do I recover a "missing" file? Print

Sometimes, when trying to recover a file, we'll go to the expected location in the filesystem, unhide deleted files, and not find the file we were looking for.

The most common cause for this issue is a misunderstanding of how versions are attached to a file.  Let's look at the following example.

Consider a file called "restoreme.txt" in the root of a share called "filerestore" with multiple saved versions: 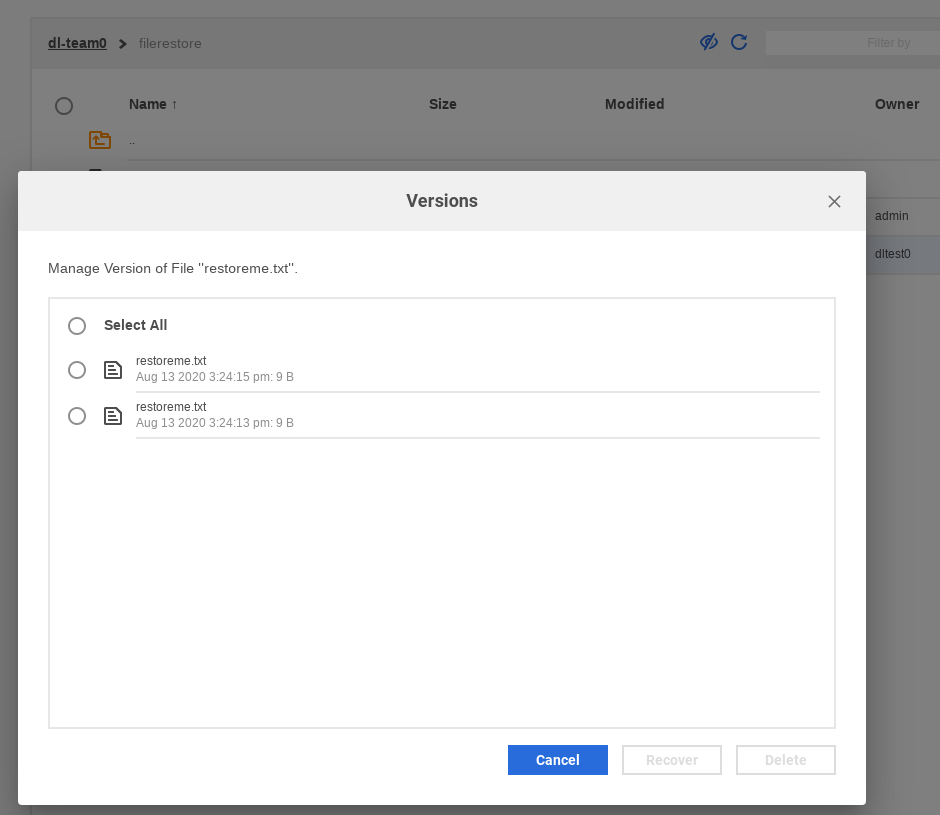 What happens if we move the file to another folder, let's say "myfolder", for example, and unhide deleted versions?

The file no longer appears in the root of the share, not even as a previous version.  Where did it go?

Let's look at our file in the new location. 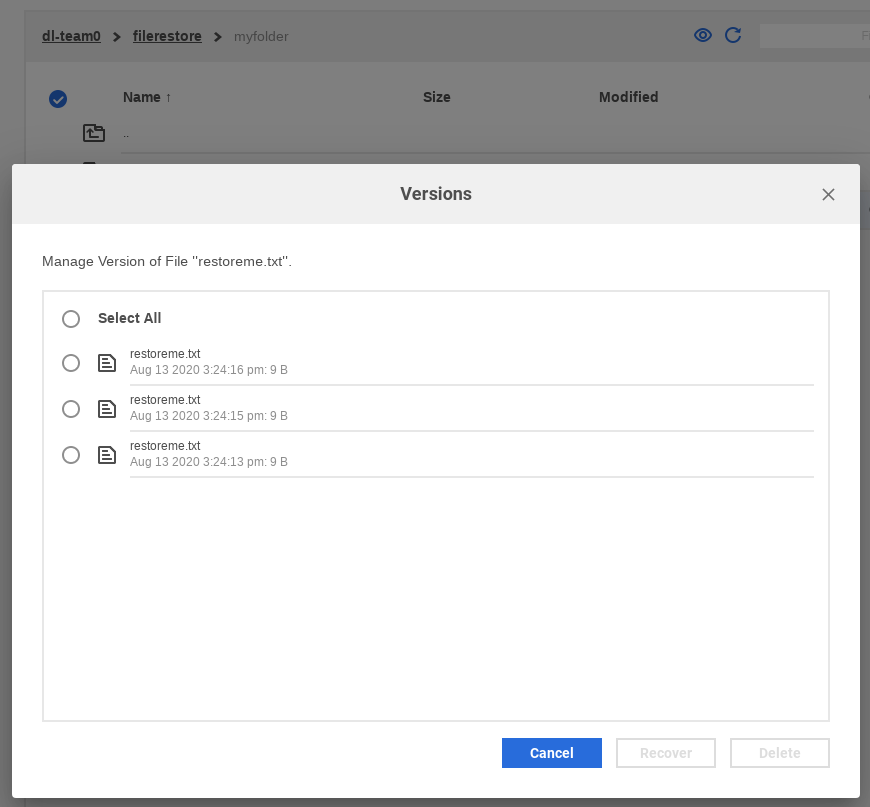 What if we move the file to another share, for example "newfilerestore"? 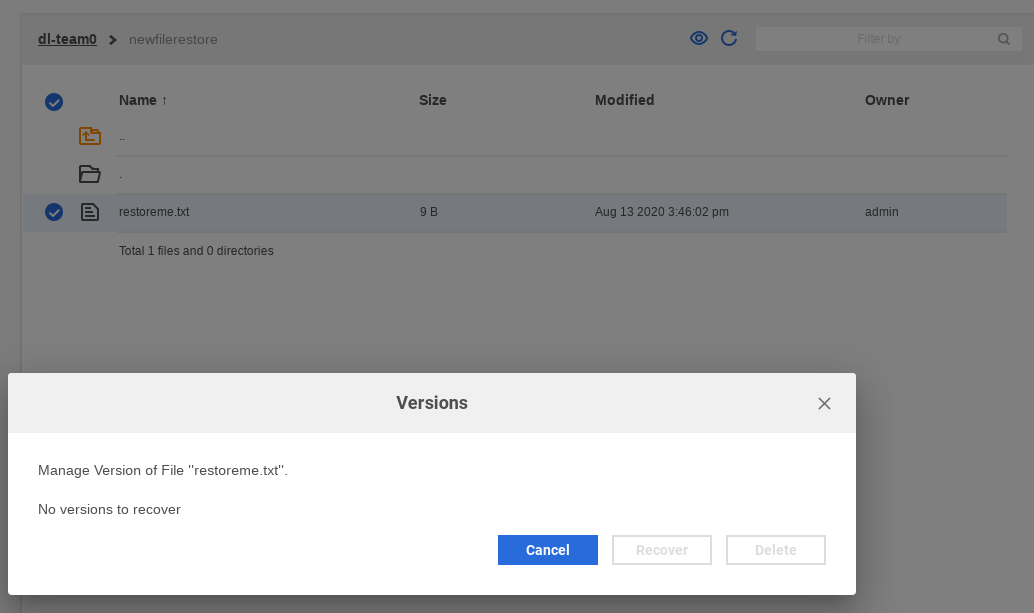 The versions do not move with the file across shares, only across folders within a share.  How do we recover a version after a file has been moved from one share to another?  We go back to the old share location:

Notice that the moved file is now considered "deleted" in the previous share location. 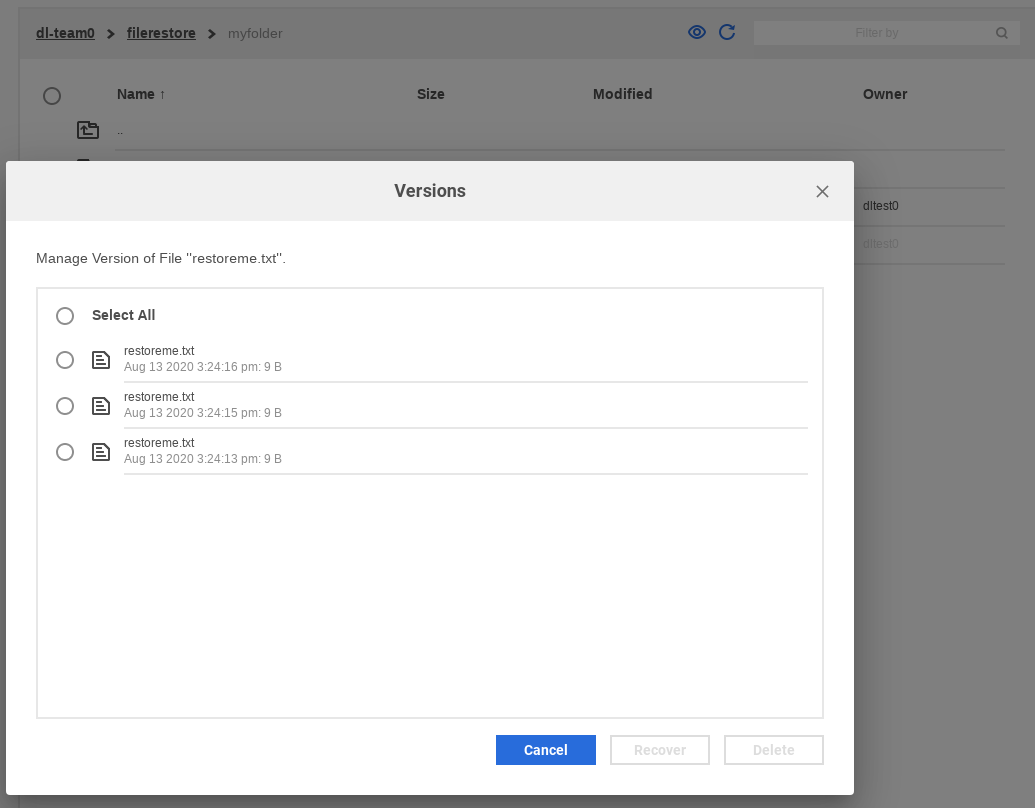 And the versions are associated with this deleted file.