The Advanced tab contains a few less often used features that can help with compatibility with some software packages and devices. 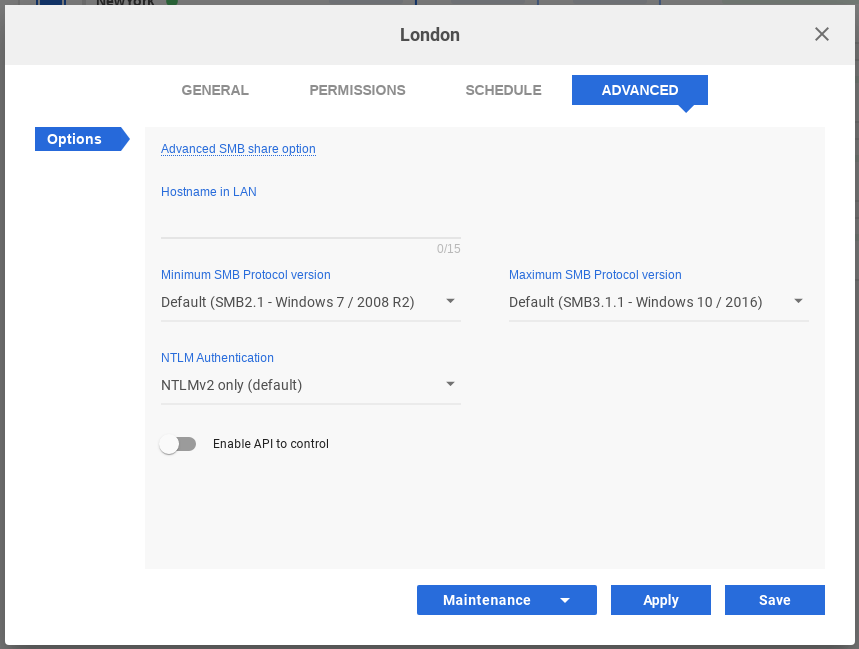 This allows you to set the hostname of the device independent of the name shown in MCM.  This may be useful when a file is tied to a hostname but is being shared across multiple locations with their own CacheDrives (for example Revit central files).

Note that this hostname must be unique on the LAN.

Note: In ADS mode, site DNS may be a better solution than setting the hostname manually.

The following settings affect which versions of the SMB protocol and NTLM authentication are accepted by the SMB service.  In general, these options do not need to be modified unless older versions of Windows or devices such as printers and scanners are being used with the CacheDrive shares.

The minimum SMB protocol version that will be accepted for SMB connections.

The maximum SMB protocol version that will be accepted for SMB connections.

The NTLM version(s) supported for authentication.

Enable/disable API availability. After API has been generated, you can add commands "?cmd=power-off" or "?cmd=reboot" behind the API to shut down or reboot the device remotely. Or add the command "?cmd=firmware-update" behind the API to update device firmware remotely.